Plumbing Problem. Pulling my hair out!

Ok so ever after i added a second sump my tank has been in limbo between sucking air at the drain or blowing bubbles from the pumps... (amongst other issues)
I have tried everything i can think of. The problem is, if there is just the slightest change in one of the tanks it has a domino effect on the others and the water levels are always going up and down between the display and the two sumps.
So as i was wallowing in frustration last night i came up with an idea that i think may solve my problem...
Could i install float valves on my return lines such that if the water goes below a certain point in one of my sumps, the valve will close, which in turn will stop the pump and let the water raise back up to a proper level without ever having air get sucked into the pump (i.e bubbles getting sucked into main tank)? Thus keeping the water level more or less constant
Same concept could work for my standpipe on my drain line... install float valve, Water gets too high in the display tank, it lifts the valve allowing more to pass through.... If the water gets too low in the display tank the valve closes allowing less water to pass through. thus making the water level more or less constant
What does everyone think? 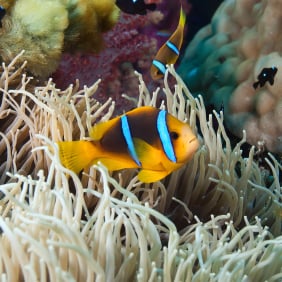 thats sounds too complicated and unnecessary in my opinion.
what size tank is it, what size bulkheads and return pumps? including head loss

29 gallon tank. 1'' drill hole. No over flow box. just a bulk head and then a bulk head strainer. The hole is located about 3 inches down from the top middle of the back wall. The drain line is 1'' pvc piping that splits to a T and then goes to the seperate sump and refugium tanks.
Both the sump and refugium have rio 1400 pumps which should produce a combined total of 486 gallons per hour at 4' of head. The return lines are both 3/4'' pvc and Each has 4 pvc elbows.
The water levels seem to go back and forth between the two different sumps. And even the display tank. It is extremely hard to match the flows correctly. Once the flows are finally matched, if have to turn off the pumps it is a total nightmare getting them matched back up.
The other thing is that i have always read that water levels will raise and lower in the sumps when water is evaporated or added, But my tank does not follow that rule, all the new or evaporated water comes out of the display tank and has little to know effect on the sump water levels. I am extremely frustrated at this point.
Here are some pictures if that helps
EDIT* the tank directly underneath the display tank has been taken off the system since the pictures were taken. Only the two side tanks are currently connected to the display

Hey calbert0,
I would redo the drains. I would run the drain into one of the sumps/refuge and then plumb the two (sump/refuge) together. Which ever one gets the drain, place the return pump in the other one. All you need is a pipe going from one to the other one that is always under water. I would do a proper durso externial stand pipe. You will need to put a up turned elbow inside the tank to establish the water line. As I mentioned to you in your last thread, this setup will always be a PITA.
E

+1
connecting the sump and fuge, and only having one drain/return will eliminate so many headaches.

so basically i have to siphon from the sump tank to the fuge tank? How do i know the siphon will be able to match the flow correctly? what if the power goes out? all the water will siphon out of the drain tank and then the sihpone will break... resulting in a flood when the power comes back
or do you mean that i should take the pump from the sump and instead of having it go back to the diplay tank, i should just route it to the fuge, and then have the rio 1400 in the fuge pump everything back to the main tank?
please clraify
ALso.....
what do you guys think about my original float valve idea? 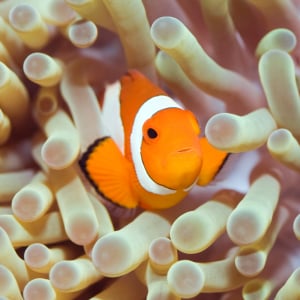 You will never get two pumps to match flow.What I would do with that set up is this:
Take off the strainer and put an elbow facing up at whatever water level you like.
Elevate either the sump or the fuge and run the drain line from the Main tank into it.
Put a bulkhead on the side of it at whatever water level you want it to be. Run a pipe from that bulkhead to the other sump or fuge input section.
Then all you have to do is regulate flow from the return pump( which pumps out of the last sump(orfuge) back to the main tank.
With the setup you have now, it is not a matter of "if" but "when" you will have a major puddle of water and some burnout pumps as well.
If you dont follow what I am trying to say...pm me...

Originally Posted by calbert0
http:///forum/post/3155443
so basically i have to siphon from the sump tank to the fuge tank? How do i know the siphon will be able to match the flow correctly? what if the power goes out? all the water will siphon out of the drain tank and then the sihpone will break... resulting in a flood when the power comes back
or do you mean that i should take the pump from the sump and instead of having it go back to the diplay tank, i should just route it to the fuge, and then have the rio 1400 in the fuge pump everything back to the main tank?
please clraify
ALso.....
what do you guys think about my original float valve idea?
Since you are using a 1" pipe for your drain then I would plumb the two (sump/refug) together using 1" pipe. You will drill a bulkhead low in the two tanks and then just run a pipe to connect them. Run the drain into one of them and pump the water back to the display out of the other tank. The two tanks (sump/refuge) will run at the same water height. One will not be lower in water height then the other one........unless, one of the tanks is on higher ground.
If you wanted to, you could run the one pump out of the sump and pump water into the refuge or vise versa, however.........I would not do this unless the two are connected via a pipe. This way the pump will add movement to the two tanks.
As far as the drain goes, if you must insist on running a siphon ("I WOULD CHANGE IT") I would think matching the flow rate of one pump would be eaiser then trying to match two pumps. Just remember to drill that purge hole for restarts.
If you still are not quite sure of what I am saying, just ask. I will be happy to explane my idea again.
The float valve idea, I myself don't like it. It adds a lot of complexity that doesn't need to be there. Your also adding in a (or a few) mechanical device that will need regular maintance or it too will malfunction. Plus the electrical side of it. You'll have wires going everwhere.
You must log in or register to reply here.
Share:
Facebook Twitter Reddit Pinterest Tumblr WhatsApp Email Link
Top