The Biofuels Backlash
May 7, 2008; Page A18
St. Jude is the patron saint of lost causes, and for 30 years we invoked his name as we opposed ethanol subsidies. So imagine our great, pleasant surprise to see that the world is suddenly awakening to the folly of subsidized biofuels.
All it took was a mere global "food crisis." Last week chief economist Joseph Glauber of the USDA, which has been among Big Ethanol's best friends in Washington, blamed biofuels for increasing prices on corn and soybeans. Mr. Glauber also predicted that corn prices will continue their historic rise because of demand from "expanding use for ethanol."
Even the environmental left, which pushed ethanol for decades as an alternative to gasoline, is coming clean. Lester Brown, one of the original eco-Apostles, wrote in the Washington Post that "it is impossible to avoid the conclusion that food-to-fuel mandates have failed." We knew for sure the tide had turned when Time magazine's recent cover story, "The Clean Energy Myth," described how turning crops into fuel increases both food prices and atmospheric CO2. No one captures elite green wisdom better than Time's Manhattan editors. Can Vanity Fair be far behind?
All we can say is, welcome aboard. Corn ethanol can now join the scare over silicone

[hr]
implants and the pesticide Alar as among the greatest scams of the age. But before we move on to the next green miracle cure, it's worth recounting how much damage this ethanol political machine is doing.
To create just one gallon of fuel, ethanol slurps up 1,700 gallons of water, according to Cornell's David Pimentel, and 51 cents of tax credits. And it still can't compete against oil without a protective 54-cents-per-gallon tariff on imports and a federal mandate that forces it into our gas tanks. The record 30 million acres the U.S. will devote to ethanol production this year will consume almost a third of America's corn crop while yielding fuel amounting to less than 3% of petroleum consumption.
In December the Congressional Research Service warned that even devoting every last ear of American-grown corn to ethanol would not create enough "renewable fuel" to meet federal mandates. According to a 2007 OECD report, fossil-fuel production is up to 10,000 times as efficient as biofuel, measured by energy produced per unit of land.
Now scientists are showing that ethanol will exacerbate greenhouse gas emissions. A February report in the journal Science found that "corn-based ethanol, instead of producing a 20% savings, nearly doubles greenhouse emissions over 30 years . . . Biofuels from switchgrass, if grown on U.S. corn lands, increase emissions by 50%." Princeton's Timothy Searchinger and colleagues at Iowa State, of all places, found that markets for biofuel encourage farmers to level forests and convert wilderness into cropland. This is to replace the land diverted from food to fuel.
As usual, Congress is the last to know, but maybe even it is catching on. Credit goes to John McCain, the first presidential candidate in recent memory who has refused to bow before King Ethanol. Onetime ethanol opponent Hillary Clinton announced her support in 2006, as the Iowa caucuses beckoned. In 2006 Barack Obama proposed mandating a staggering 65 billion gallons a year of alternative fuel by 2025, but by this Sunday on NBC's "Meet the Press" he was suggesting that maybe helping "people get something to eat" was a higher priority than biofuels.
Mr. McCain and 24 other Senators are now urging EPA Administrator Stephen Johnson to consider using his broad waiver authority to eliminate looming biofuel mandates. Otherwise, the law will force us to consume roughly four times the current requirement by 2022. In fact, with some concerned state governments submitting helpful petitions, Mr. Johnson could largely knock out the ethanol mandate regime, at least temporarily.

Over the longer term, however, this shouldn't be entrusted to unelected bureaucrats. The best policy would repeal the biofuel mandates and subsidies enacted in the 2005 and 2007 energy bills. We say repeal because there will be intense lobbying to keep the subsidies, or transfer them from projects that have failed to those
that have not yet failed.
Like Suzanne Somers in "American Graffiti," the perfect biofuel is always just out of reach, only a few more billion dollars in subsidies away from commercial viability. But sometimes even massive government aid can't turn science projects into products. The industry's hope continues for cellulosic ethanol, but there's no getting around the fact that biofuels require vegetation to make fuel. Even cellulosic ethanol, while more efficient than corn, will require countless acres of fuel if it is ever going to replace oil. Perhaps some future technology will efficiently extract energy from useless corn stalks and fallen trees. But until that day, Congress's ethanol subsidies are merely force-feeding an industry that is doing far more harm than good.
The results include distorted investment decisions, higher carbon emissions, higher food prices for Americans, and an emerging humanitarian crisis in the developing world. The last thing the poor of Africa and the taxpayers of America need is another scheme to conjure gasoline out of corn and tax credits.
See all of today's editorials and op-eds, plus video commentary, on Opinion Journal.
And add your comments to the Opinion Journal forum. 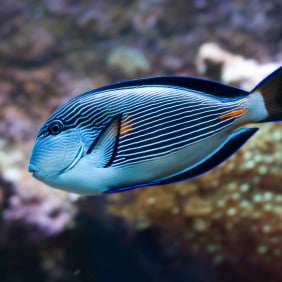 I just think its funny that most people think it is a good thing... And how the us gov just jumped on it with out the info they need to make it work right...

Yea, I think it's just when most people pull into the gas station, and E85 is $2.95 and regular is $3.69, that's all that interests them. Little do they know why it's only $2.95. Without thinking about the 'big picture' so to speak. Or if everyone tried to fill up at $2.95, how quickly E85 would be dollars more expensive then regular gas.