You need an update after you get some fish and coral....

Well, here's the update I've been promising. Just a quick recap:
Here's what it looked like when I first started the cycle. To the right by the power head you'll see the piece of shrimp in a nylon bag I used to help kick start it.

Here it is right after the cycle finished. I didn't like the way the rock work looked so I used this time to do a little rearranging of the aquascape.

And here is what it looks like now with all the livestock additions so far.

These are the fish I've added:

My clown. I really didn't want a clown fish but my wife wanted a Nemo. But, she didn't want to call it Nemo. So she named it after the actress who played the part of the blue fish. So she named her/him/it Ellen.

Here's my diamond watchman goby. He's got the coloring of an orange julius so I just call him Julius.

These two are pretty much inseparable. You'd swear they were hot for each other as a mated pair.

See what I mean?

I'm only planning on getting one more fish to help with the bio load. I've been thinking about a flame angel.

Here are the critters in the house so far:

and Gimpy
All three serpent stars are alive and well.

I'll update the rest as soon as I can find the photos.

+1 to the flame, but your corals may be at risk. i love your star fish! and wow, those rock have got so much life on them from the last update.
Last edited: Feb 12, 2015

Thanks guys. Well, so much for the flame. Anybody got any ideas? 72g tank, a clown and a goby, a few small soft corals and inverts. Gotta get along with them.

All tangs are beautiful fish but the ick thing gives me the heebie geebies.

Here's a closer look at the tank so you can maybe see all the coralline algae growth. There's even some growing on my DIY rock which is awesome. 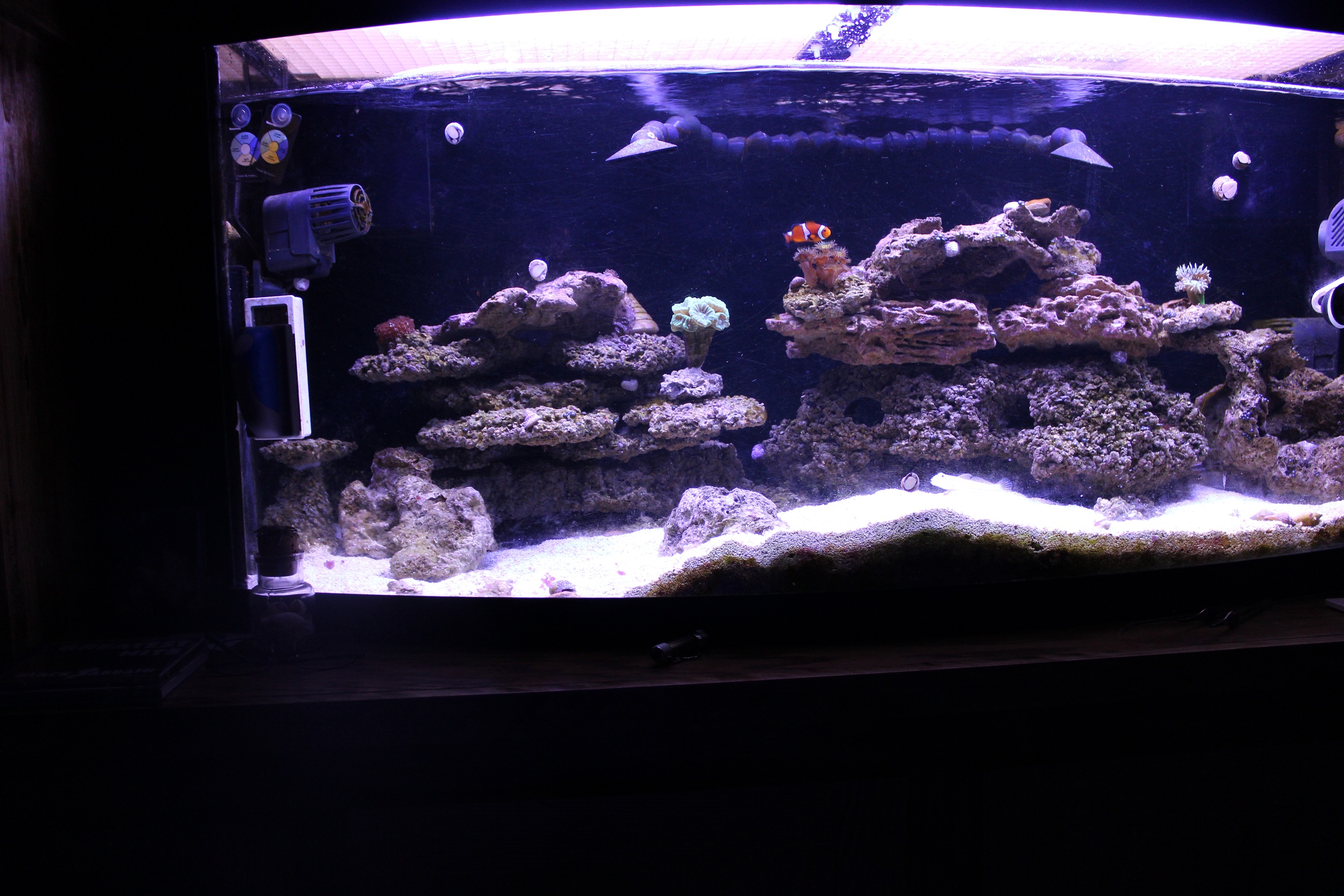 I'm going to have to edit the photos of my serpents. The top picture is gimpy now. The bottom one is gimpy when I first got him. I didn't realize how much he's grown since then. Wow.

(Sniffle) my little boy is growing up.

Lol. Great job so far man. It just takes time to settle in. It will grow all kinds of crazy things over time.

silverado61 said:
All tangs are beautiful fish but the ick thing gives me the heebie geebies.
Click to expand...

It also needs to one that would stay small enough for a 4ft tank.

all good options for your size tank. foxfaces and yellow tangs tend to be little puppy dogs and follow you around. At least that is my experience...

silverado61 said:
It also needs to one that would stay small enough for a 4ft tank.
Click to expand...