luvmyreef said:
Nova, your tank is beautiful! what kind of lights are you running?
Click to expand...

Geez, I'm sorry it took forever to respond to this!!! To answer your question, I'm running a pair of RapidLED Onyx fixtures tied to a Bluefish controller to time / dim the lights accordingly. Lately I've been toying with the idea of adding a pair of t5 bulbs to aid in Acro coloration, but I'm not sure if I want to go messing with it. Colors are nice, you'll see in an upcoming post, but could be better. My desire to change things up is warring with my KISS gut feeling.

I added a pair of T5's to go with my AI hydra's and haven't been displeased with the results.

Sorry it's been forever since I"ve updated this, but here are some recent tank photos. My Rhomboid disappeared for no discernible reason about 2 months ago, but I now have a new one in QT thanks to a kind friend who was able to track one down for a very reasonable price. QT fish will be added after Christmas. That's about the only major change since I last posted, everything has just been "growing in" for now. Hope you like the pics...

I added a pair of T5's to go with my AI hydra's and haven't been displeased with the results.
Click to expand...

Thanks for that! Would you say it helped with your coral color, or growth, more? As you can probably see above, I haven't been too displeased by growth for most pieces. A few are definitely slow, however. My 'Yellow' porites is probably the slowest grower in the tank.

Hard to say for sure on color because I've been running them side by side from the begining. But I'd say it's helped a little bit with both.

Definitely helps with growth. They fill in some of the areas on coral that otherwise get shaded by the more focused light (less coverage) from the leds.

Been running ATI bulbs, 1 blue, 1 purple in hopes that it's helping with maximum color. But can tell you that some pieces in my tank have better color than their mother colonies at my LFS that has them under Orphec led fixtures alone.

Some close ups from the waterproof camera tonight.... 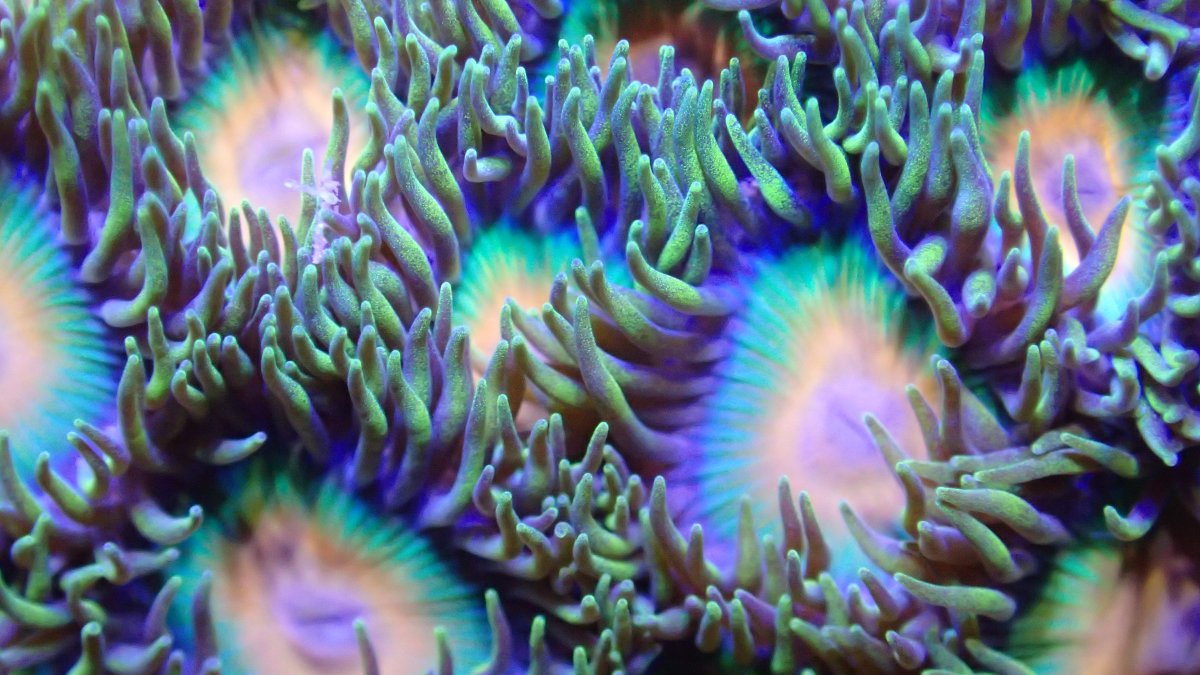 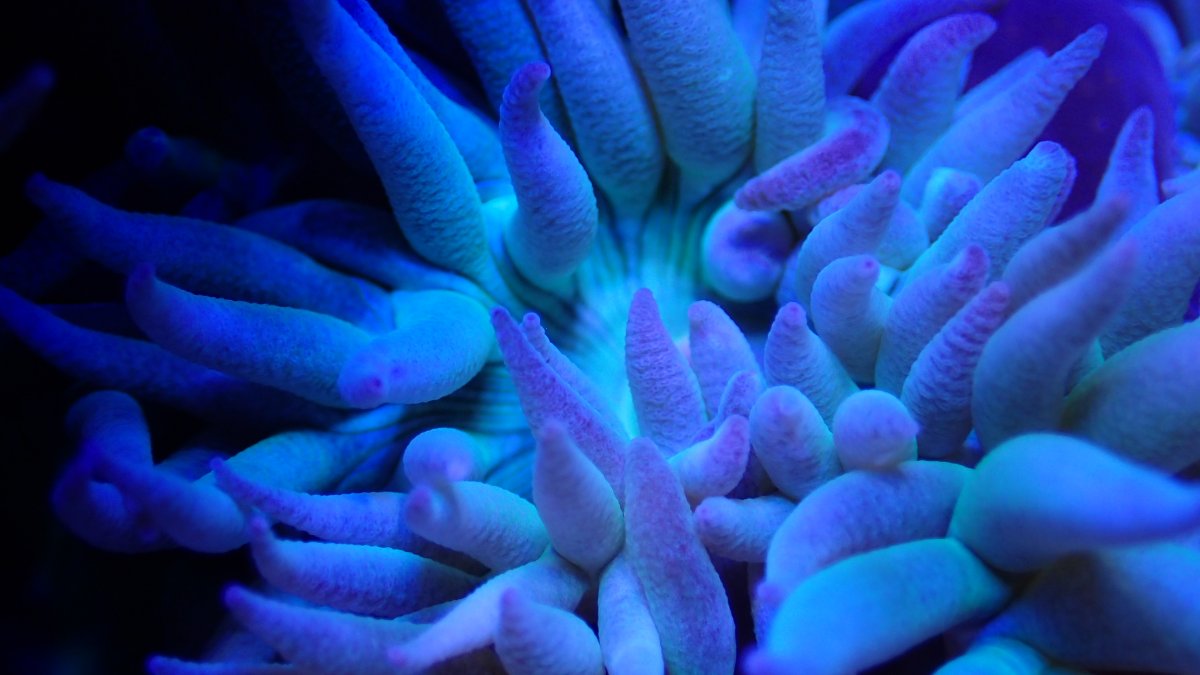 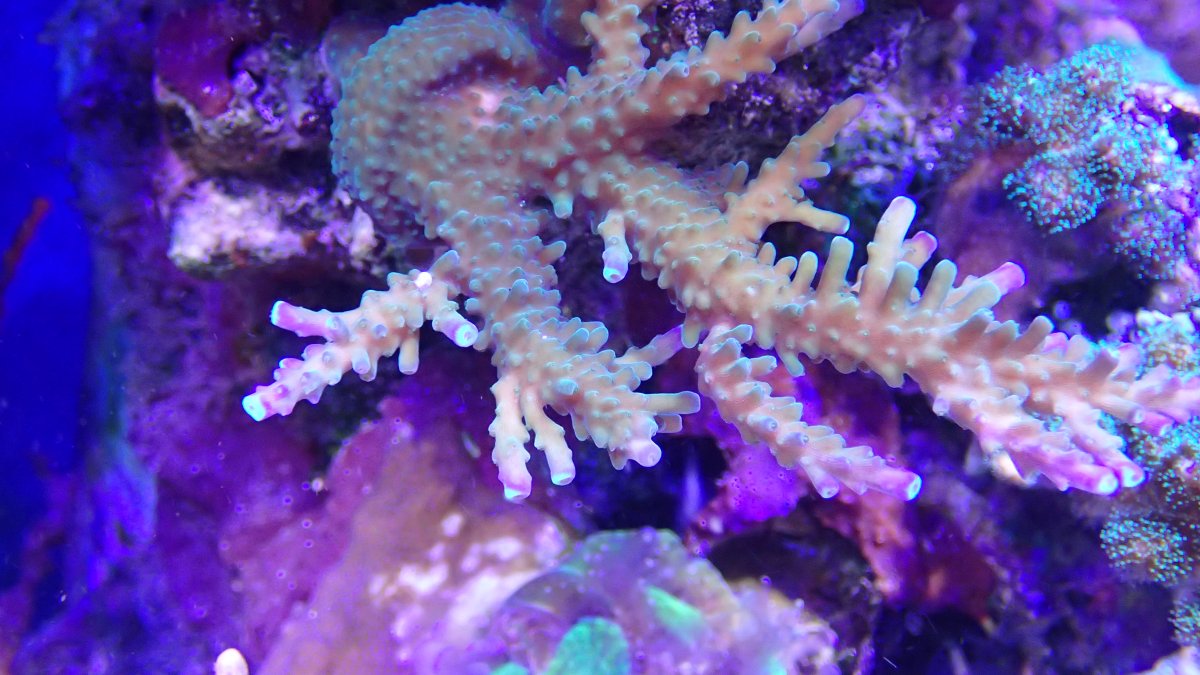 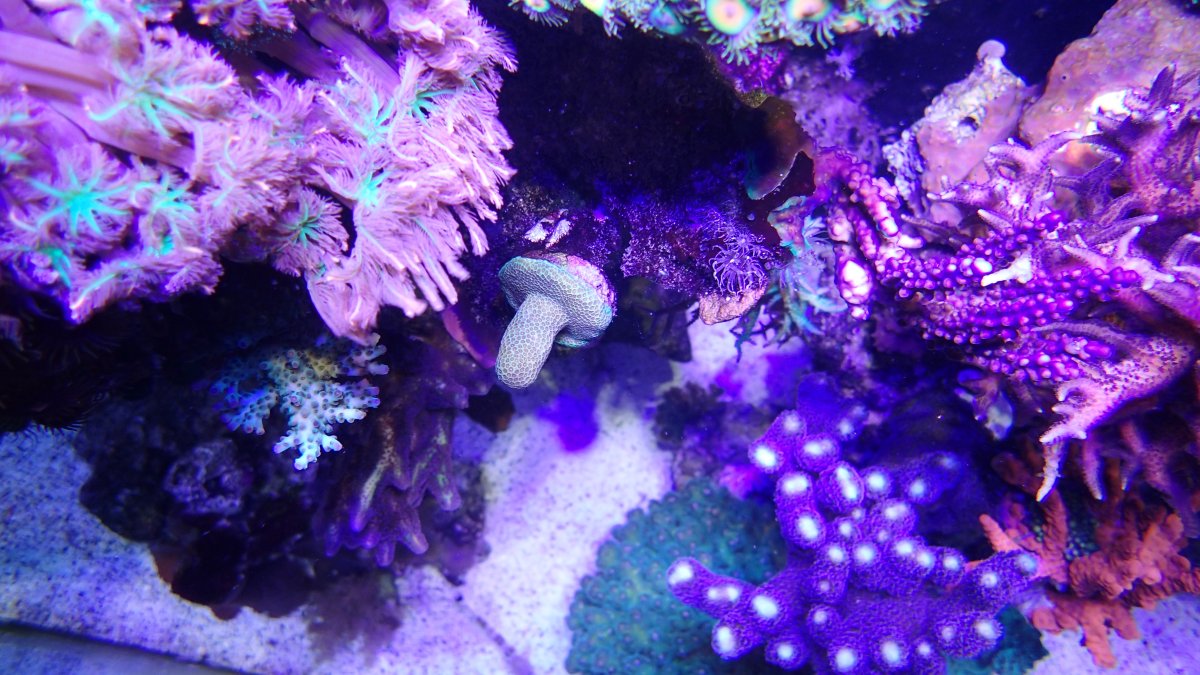 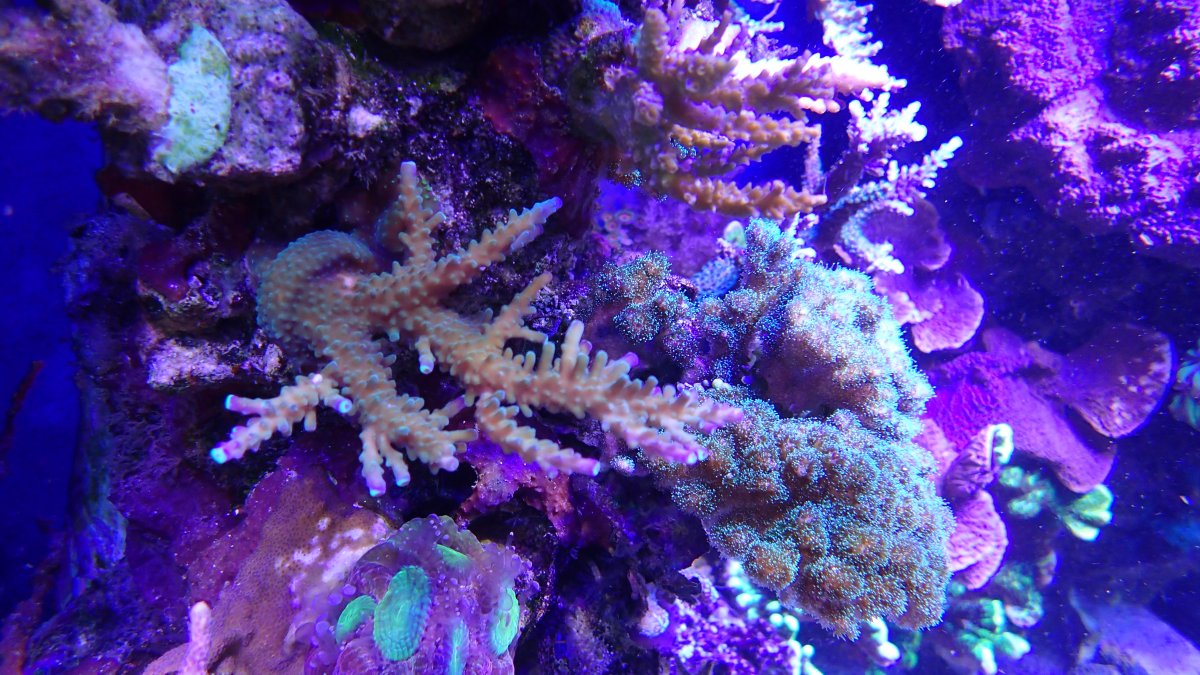 Corals look amazing. What kind of camera are you using?

2quills said:
Corals look amazing. What kind of camera are you using?
Click to expand...

It's just a point and shoot, really, but it's a nice one. Olympus Stylus TG-3. It's waterproof and shockproof. Got it a couple years ago for a trip, but it's great for basic tank shots as well.

The last fish I'm really interested in adding to this tank is a Copperband Butterfly and possibly a Blue mandarin, but otherwise we're done. The clownfish are fun to watch since they like to "host" in a large paly colony on the bottom of the tank. Equipment-wise we're about the same as last year. 29g sump with filter floss, a TLF phosban reactor, macroalgae fuge, protein skimmer and I dose 2-part + carbon with a 3 head bubble magus. ATO is done with simple float switches. I recently added a little food defroster cup on the side so they can feed as frozen shrimp thaw and fall through the grates....that's fun to watch. Otherwise, corals are growing, fish are getting fat, and (knocks very firmly on wood) things seem to be going.....swimmingly! Hope you like the pic: 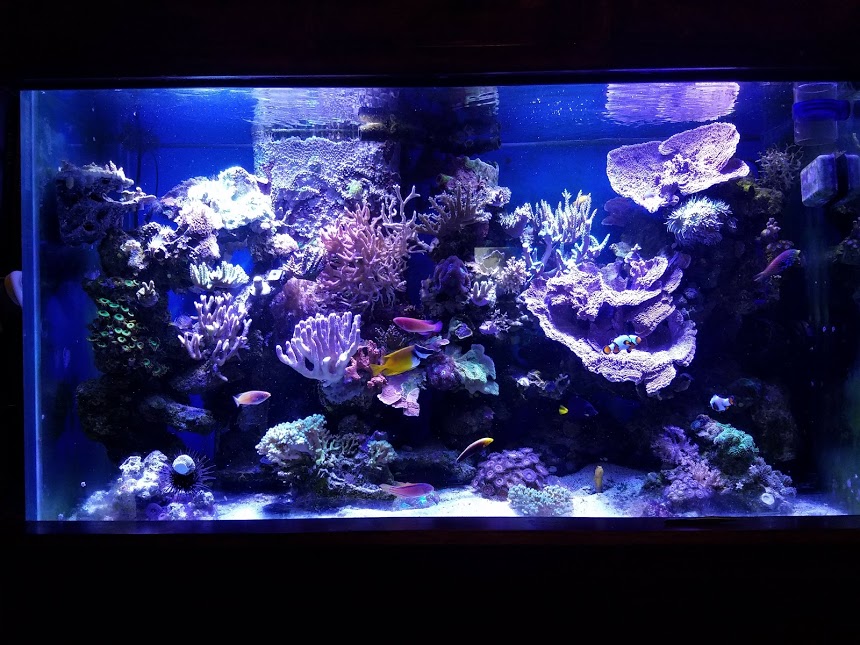 I got a few fish photos from tonight as well.
First, the clown goby: 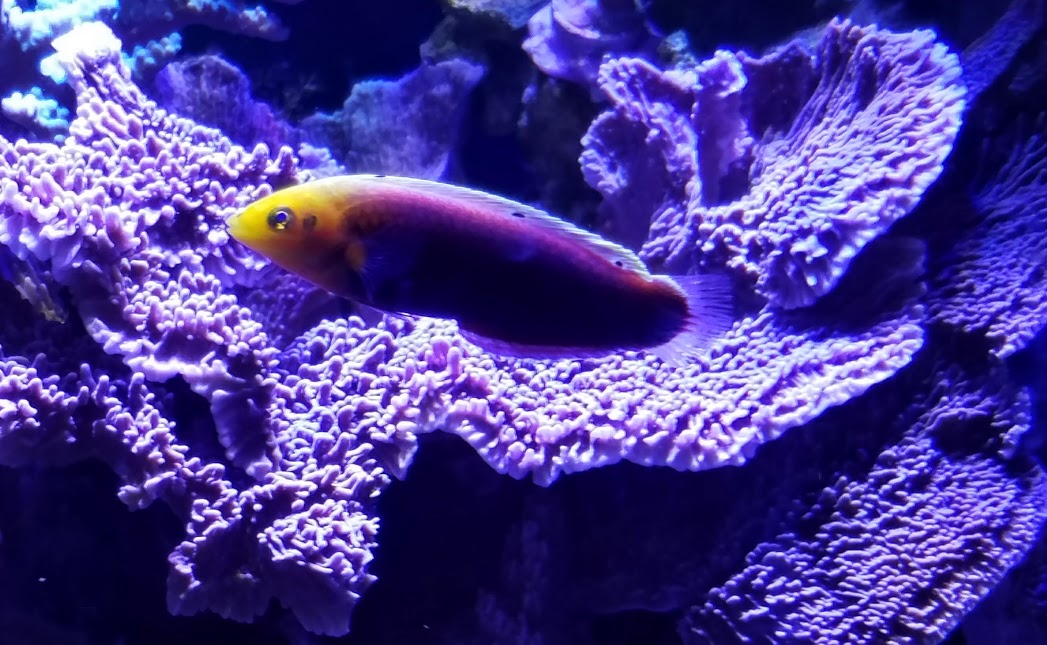 Clowns in their zoas 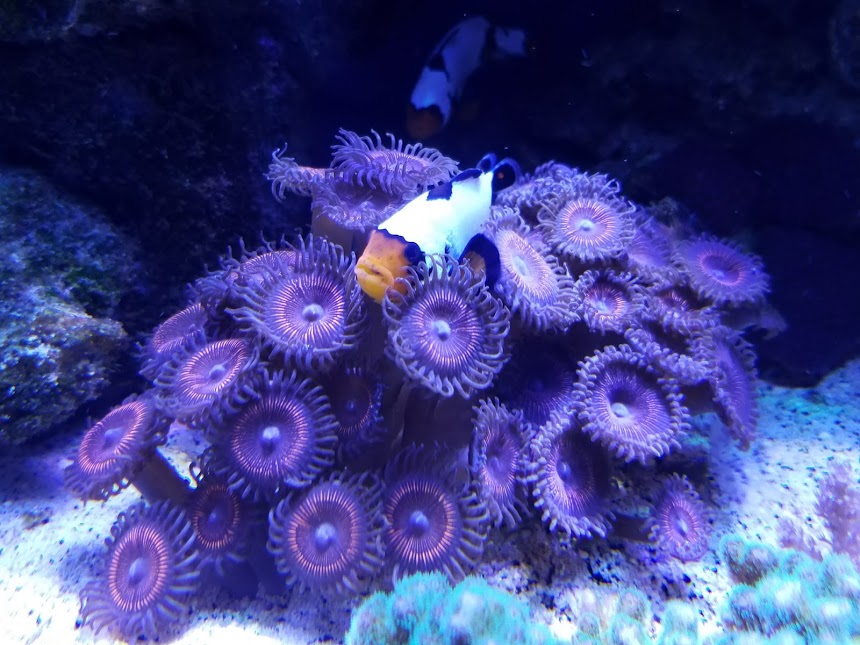 And lastly, the clown goby again. Because he's cute! Updating because we're coming to a big close here. It's been almost 6 years since this tank's been up and running in this house. But it's time to come down. Next weekend, we're tearing it down.

It was a good run, Nova. Sorry to hear it's coming down.

As they say....all good things must come to an end. A little bittersweet, but time to move on. 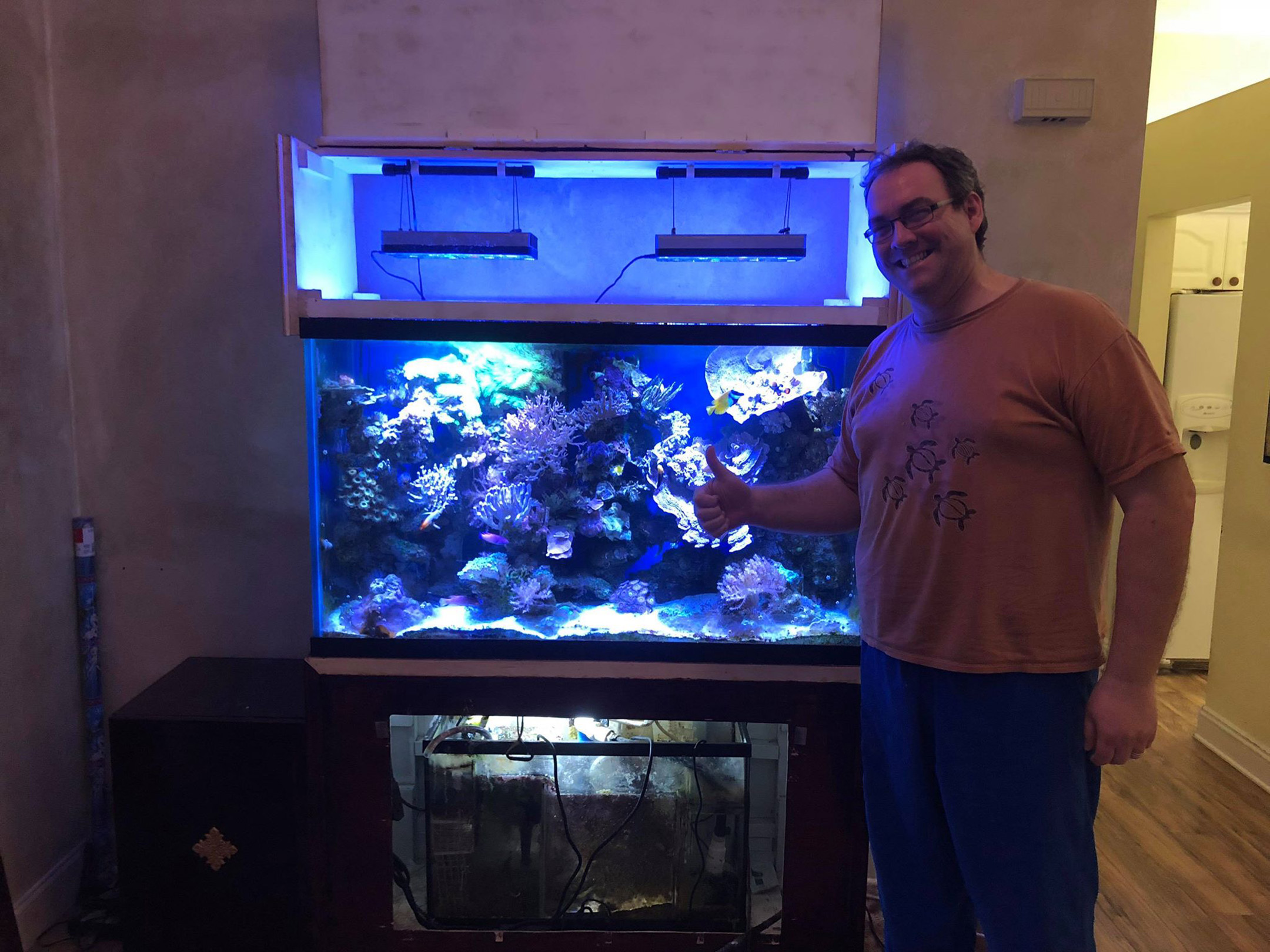 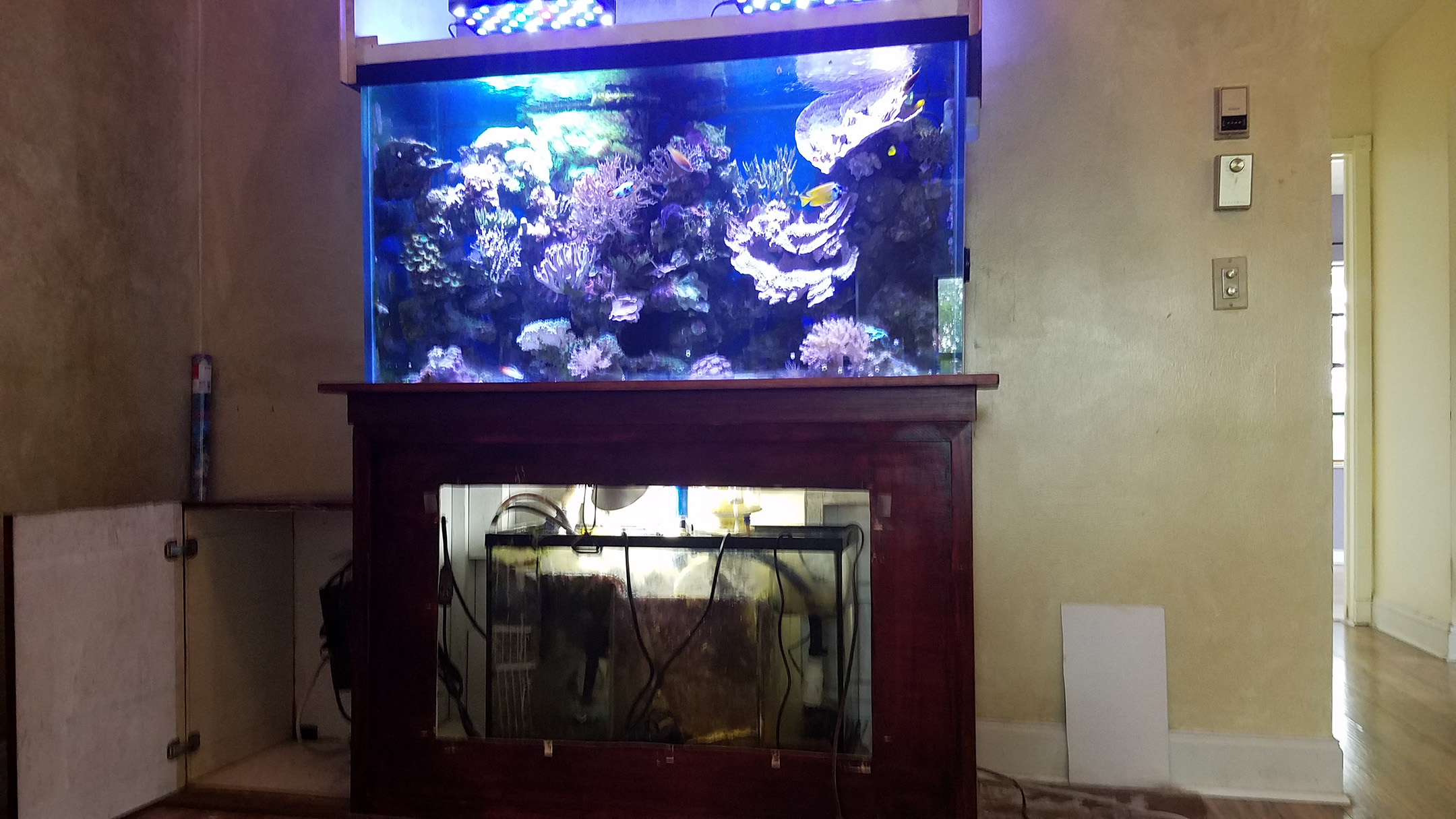 Time to hit up Craigslist!